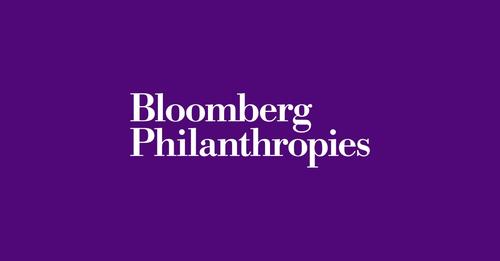 Amsterdam and New York, NY – Bloomberg Philanthropies today announced the 19 European cities receiving Asphalt Art Initiative grants of $25,000 to undertake projects in 2023 that use art and design to improve street safety, revitalize public spaces, and engage residents of their communities. This program expansion was announced at Bloomberg CityLab 2022, the preeminent global cities summit organized with the Aspen Institute. The 19 selected Asphalt Art Initiative projects in Europe include:

Bloomberg Philanthropies’ Asphalt Art Initiative responds to the growing number of cities around the world embracing art as an effective and low-cost strategy to enliven and improve safety in their streets through interventions on plazas, crosswalks, intersections, and other transportation infrastructure. The program is intended to create vibrant new public spaces, foster interagency collaboration, and increase each city’s capacity to work with artists as well as community groups on creative projects involving transportation infrastructure. These 19 new projects will build on the success of 42 Asphalt Art Initiative grants previously awarded in U.S. cities and pilot projects in three European cities.

Bloomberg Philanthropies has previously given 42 Asphalt Art Initiative grants in U.S. cities and for pilot projects in three European cities. To date, the 31 projects completed through the Asphalt Art Initiative have collectively transformed a combined 330,000 square feet of streetscape with artwork while engaging nearly 7,000 community members and nearly 150 artists in the design and installation process.

“From our groundbreaking work in New York, to projects across the US and now expanding to Europe, the Asphalt Art Initiative continues to highlight new possibilities for city streets,” said Janette Sadik-Khan, Principal for Transportation at Bloomberg Associates and former commissioner of the New York City Department of Transportation. “Projects like these not only connect people, but make streets safer, and we encourage cities everywhere to paint their own transportation masterpieces.”

“Public art can inspire community collaboration and create safer, more vibrant streets,” said Kate D. Levin, who leads the Arts Program at Bloomberg Philanthropies as well as the Cultural Assets Management practice at Bloomberg Associates, and is the former commissioner of the New York City Department of Cultural Affairs. “The expansion of the Asphalt Art Initiative in 19 European cities will further underscore the unique effectiveness of the arts in addressing urban challenges on both sides of the Atlantic.”

Photos, podcasts, and videos for media use:
Videos and photos along with credits and descriptions can be downloaded here.

About Bloomberg Associates:
Bloomberg Associates is the philanthropic consulting arm of Michael R. Bloomberg’s charitable organization, Bloomberg Philanthropies. Founded in 2014, we work side by side with client cities to improve the quality of life for residents, taking a strategic, collaborative and results-oriented approach to making cities stronger, safer, more equitable and efficient. Our team of globally recognized experts and industry leaders has worked with cities across the globe on hundreds of projects in order to ignite change and transform dynamic vision into reality. For more information on the consultancy, please visit www.bloombergassociates.org or follow us on Twitter.